The cliffs are thinning and the carpet of Guillemots is looking very patchy now. Most of the jumplings have departed, probably encouraged by the calm seas and warm weather. They have timed it well, as over the last few days an increase in feeding activity has been clearly evident. Frenzies of thousands of Guillemots, Kittiwakes, Herring Gulls and Gannets have been feeding just off the head. Sand eels must be in plentiful supply. Despite the Guillemots departing, the cliffs are still busy with Kittiwakes, Shags, Razorbills, Herring Gulls and Fulmars all yet to fledge.

Other birds of note include: A male RB Shirke on the 1/7. A single female Wheatear, the first for a while on the 10/7. A single Spotted Flycatcher by Northfield House 11/7. Small numbers of Black Headed gulls around Wellmouth, including a couple of this years fledgers. A single Bonxie flew over the Mire Loch on the 12/7. The female Mandarin is still present at Millar’s Moss. A single male Wigeon has been mingling with the Tufties on the Mire Loch.

Cetaceans:
The first Whales of the year have been seen off the head. A Minke was seen on the 11/7 and 12/7. 3 Bottlenose Dolphins were seen on the 13/7 and Harbour Porpoise have been almost daily.

The moth trap last night produced the largest and most varied catch of the year so far with the best being Brown-line Bright-eye, True Lover’s Knot, Flame Carpet and 5 Burnished Brass. 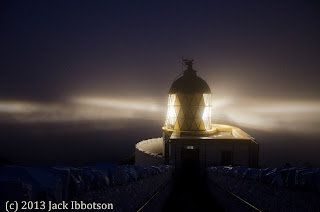